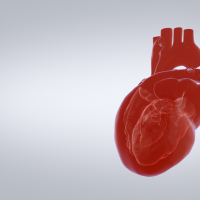 The diagnosis of acute myocardial infarction (AMI) is dependent on the elevation of cardiac specific biomarkers such as troponin or the myocardial band (MB) of creatine kinase (CK-MB) among others. When patients present with AMI, one of the mainstay secondary preventive therapies that they will receive during their hospital stay is an oral beta-blocker (assuming there are no contraindications to its use). As a specialist registrar in Cardiology, this comes as second nature to me but I must confess that there are times when I have forgotten the main evidence (there are too many studies to remember!) supporting the use of beta-blockers in acute myocardial infarction. Therefore, I read the latest Cochrane Systematic Review on the role of ‘Beta-blockers for suspected or diagnosed acute myocardial infarction’ with great interest as it also gave me a good opportunity to refresh my knowledge on this topic. It is worth mentioning that beta-blockers also have a major role to play in the current management of heart failure and arrhythmia patients, but covering this will be beyond the scope of my blog.

The main function of the sympathetic nervous system is to stimulate the body’s fight-or-flight response to stress, a concept popularised by Cannon in the early twentieth century [2]. The two main mediators of sympathetic activation (adrenaline and noradrenaline) act on adrenergic receptors (AR) such as the beta-adrenergic receptors in the heart to increase inotropy (contraction), lusitropy (relaxation) and chronotropy (heart rate) [3]. The different adrenergic receptors were first discovered by Raymond Ahlquist in 1948 [4] which led Sir James Black to develop the first clinically useful beta-blocker (propranolol) in 1964 [5] and he was awarded the Nobel Prize in 1988 [6]. Currently, three beta-adrenergic receptors have been characterised (β1-AR, β2-AR and β3-AR) [7] and in the healthy human heart, there is approximately 4 times more expression of β1-AR compared to β2-AR, with minimal expression of β3-AR [8,9].

Since myocardial infarction (MI) is a systemically stressful response associated with increased circulating catecholamines, beta-blockers can competitively inhibit its detrimental effects on the heart by reducing myocardial oxygen consumption and demand (by lowering the heart rate, blood pressure and myocardial contractility) [10]. Thanks to pioneering studies as far back as almost four decades ago (timolol by the Norwegian Multicentre Study Group [11], propranolol from the BHAT trial [12] and atenolol by the ISIS-I trial [13]), beta-blockers were used in all post-AMI patients by the mid-1980s. Fast forward to the present day and the use of beta-blockers in AMI patients has been incorporated into numerous international guidelines such as the European Society of Cardiology (ESC) and American College of Cardiology Foundation/American Heart Association (ACCF/AHA) [10,14,15].

Acute myocardial infarction – differentiating the STEMI from the NSTEMI patients

Differentiating the STEMI and the NSTEMI cohort in trials and systematic reviews is important. In my opinion, the conflicting results of beta-blockers are hardly surprising if the STEMI and NSTEMI cohort were combined as one single AMI group especially since the pathophysiological processes differ widely between STEMI and NSTEMI patients. While the cause of the MI in STEMI is nearly always due to thrombotic coronary artery occlusion usually from coronary plaque rupture, this is not always the case in NSTEMI which is a more heterogeneous condition in terms of aetiololgy [16]. Aside from coronary artery plaque rupture without total occlusion, NSTEMI can also be due to coronary vasospasm, embolisation or arteritis. NSTEMI from myocardial injury which is non-coronary in nature can be due to a range of aetiology such as arrhythmia, myocarditis, cardiac contusion, cardiotoxins (e.g. chemotherapy agents), severe aortic stenosis, aortopathies, pulmonary embolism, sepsis, hypotension or hypertension.

It is worth highlighting the subtle difference in the ESC recommendation between two groups of AMI patients for the use of oral beta-blockers. In the 2017 ESC guidelines for the management of AMI in patients presenting with ST-segment elevation (i.e. STEMI), ‘oral beta-blocker initiation should be considered within the first 24 hours’ [10].

In comparison, the 2015 ESC guidelines for the management of acute coronary syndromes in patients presenting without persistent ST-segment elevation (i.e. unstable angina or NSTEMI), had a few more caveats [14]. It recommended that ‘early administration of beta-blockers should be avoided if the ventricular function is unknown’. This was informed by a registry study of nearly 22,000 NSTEMI patients which found that in patients at risk of developing cardiogenic shock (i.e. age>70 years, heart rate>110beats/minute, systolic blood pressure <120mmHg), the observed shock and mortality was significantly increased in patients who received beta-blockers within 24 hours of hospital admission [17]. Nevertheless, obtaining the ventricular function of a patient to allow the early administration of beta-blockers in NSTEMI/unstable angina patients is usually possible given the ubiquity of inpatient transthoracic echocardiography.

What were the main findings of the Cochrane Systematic review?

Safi et al wanted to assess the effects of beta-blockers for AMI as previous meta-analyses on the topic yielded conflicting results [1]. What made their methodology different was the strict and rigorous application of the Cochrane Systematic review principles to assess all of the trials. The authors should be applauded for their efforts in conducting this systematic review. 63 trials were included in the final analysis with the randomisation of 85,550 participants (mean age 57.4 years). Interestingly only one trial was at low risk of bias and the remaining trials were at high risk of bias. The main findings were that beta-blocker use in AMI patients:

4) Had uncertainties in terms of beneficial or harmful effects on the major adverse cardiovascular events, reinfarction and angina (very low-quality evidence)

In my opinion, the Cochrane Systematic Review by Safi et al has been highly informative and the key findings (with all of its strengths and limitations as highlighted by the authors) have affirmed my current clinical practice on one aspect of management of my patients with AMI. I look forward to the results of three ongoing clinical trials on beta-blockers in AMI patients. The BETAMI 2019 and NCT03579914 are two ongoing randomised clinical trials investigating the effect of early beta-blocker administration after percutaneous coronary intervention (PCI)/thrombolysis or primary PCI respectively in AMI patients and the REDUCE-SWEDEHEART 2017 is a registry-based, randomised multi-centre trial investigating the effect of long-term beta-blocker therapy in MI patients with preserved left ventricular systolic ejection fraction.

1. The use of beta-blockers in ACS is well established and supported by international guidelines.

2. Beta-blocker use in AMI patients probably reduces reinfarction rates in the short-term.

3. Beta-blocker use in AMI patients probably reduces all-cause mortality and cardiovascular mortality in the long-term. 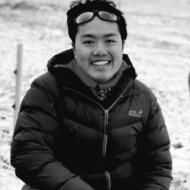