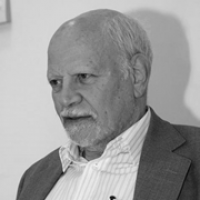 It is with sadness that we write to inform the Cochrane community of the death of Andrew Herxheimer - doctor, writer, editor, lecturer, campaigner, colleague, teacher and friend. He was 90 years old. He was regarded with great affection by his friends and colleagues across the world. We offer condolences to Andrew’s family.

Andrew was a clinical pharmacologist who founded the independent Drugs & Therapeutics Bulletin in 1963, and served as its editor until 1992. That year, he joined the staff of the (UK) Cochrane Centre, and became a founding member of the Cochrane Collaboration at the first Colloquium in 1993. He was a convenor of the Adverse Effects Methods Group, as well as an author, editor, and consumer referee for numerous Cochrane Reviews. He attended Cochrane Colloquia regularly, most recently in Vienna, and remained an Emeritus Fellow of the UK Cochrane Centre until his death.

Andrew influenced and inspired people around the world. He taught at various medical schools in London, and was recognized for his passion in all aspects of providing unbiased, clear, and concise information about treatments to professionals and the wider public. He was famous for saying that coherent stories matter, good methods improve clarity, and ‘numbers need words.’

Throughout his career, Andrew was keen to capture patients’ own descriptions of their experiences.  In support of this work, he helped to build a Database of Individual Patient Experience of Illness (DIPEx), a resource developed and maintained under the aegis of the Health Experiences Research Group at the University of Oxford. As a result of this initiative, research into personal experiences of health and illness are disseminated through www.healthtalkonline.org.

In addition to his other work, Andrew chaired the International Society of Drug Bulletins from its foundation in 1986 till 1996, as well as the health working group of Consumers International. He also served as a consultant to the World Health Organization. His commitment to and interest in Cochrane’s work has remained constant since the organization’s earliest days, and his insight, wit, and persistence will be missed throughout the Cochrane community.

Tweeting at the news of his passing, Dr Trisha Greenhalgh said, “He was reading the BMJ till 4 days before he died. Already the world feels a less interesting place.”

Andrew’s funeral will be private. There will be a gathering later this year to celebrate his life and work, and we will report on this in due course.